A Guide to Conveyor Belt Selection 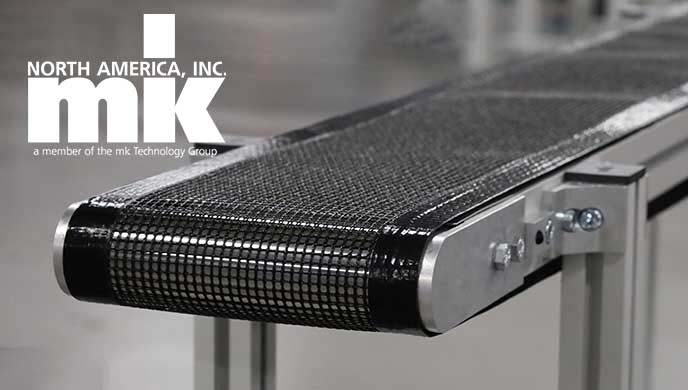 Belt conveyors are probably one of these most common conveyors in production facilities. Belt conveyors can be found everywhere from commercial bakeries to retail warehouses and on automotive assembly lines. Belt conveyors can be used to convey product from point to point, or they can customized to create a specific material handling solution. At the core of this conveyor – whether standard or custom – is the belt. In this article we’ll explore this vital conveyor component and guide you through some considerations in the selection process.

General use conveyor belts come in a variety of materials, such as polyester, polyurethane, nitrile, and PVC. The materials used – some belts will be made out of two or more materials – and the number of plies or thickness of the belt will depend on the application and conveyor design. Typically speaking the smaller the pulley, the thinner the belt. Although a thinner belt should not be viewed as inferior.

Looking beyond the basic construction of the belt one can start to look at the outside physical characteristics; and how the belt can be altered, as necessary, to achieve the desired material handling outcome.

The surface of the belt can really impact the conveyors performance. Some examples of this:

In some instances, the conveyor belt surface isn’t the only characteristic to keep in mind when selecting the belt type for the application. Sometimes conveyor belts need to be physically altered in order to achieve the desired outcome, this includes the addition of cleats and painting or printing as mentioned above, but it can also include some of the altering as outlined below.

There are several applications which require a standard conveyor belt to be altered. Some examples of this include:

While all of these customizations are wonderful and they all achieve a specific purpose; sometimes the belt itself just needs to be application specific, such as the highly conductive belts discussed earlier.

As a conveyor manufacturer, mk North America is well versed in many different types of conveyors; especially belt conveyors which is the most popular style conveyor mk offers. mk works with a variety of conveyor belting manufacturers to ensure that not only the conveyor, but the belt is designed, to meet the needs of each specific application.

To learn more about mk’s belt conveyors or to get started on your next project simply fill out the form below or call mk at (860) 769-5500.